Early July of this year was the first time I came across expanded photos in my twitter feed. My initial thought was that it must be a chrome extensions modifying the experience, it wouldn't be the first time thats happened. After a little googling I found out twitter was slowly rolling out the ability to add photos to a tweet. I sent a couple tweet experiments to test the effects of the added photo on visibility and reach. The metrics that I saw as a result were very impactful. That being said I highly recommend adding photos.

Adding a photo expands your tweet to the size of 3x the vertical height of a normal tweet. If a follower Retweets your photo, You have that space on their feed as well. For the best result use a call to action in the viewable window area, The entire photo will not be in view and the viewport of the photo will depend entirely on the height and width of the photo added.

NOTE: In order to take advantage of this the photo must be uploaded through Twitter. Third party apps and the "share to" functionality does't work (yet).

More on this topic: WHAT TWITTER'S EXPANDED IMAGES MEAN FOR CLICKS, RETWEETS, AND FAVORITESTwitter Images Now Show Automatically in Your Stream 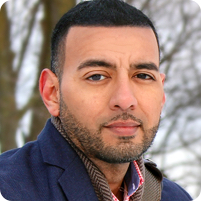